PilferGuard™ seals are available in stock and custom versions.

Security tape and labels are often used to detect tampering while a shipping carton is in transit or storage. Pilferage can occur after the carton sealing tape is slit on a carton seam, then re-sealed with clear packing tape. To the un-trained eye, this technique can be difficult to detect prior to signing the bill of lading to accept the goods.

The unique color-changing feature is created with a special chemical coating, which is activated by direct contact with adhesive in carton sealing tape. If clear tape is placed over the PilferGuard™ to reseal the carton, the hidden word "OPEN" begins to appear about 2 hours later and is more prominent within 12 hours.

The 12-hour delay is typically enough time to activate the hidden security feature before the package is delivered or accepted. When the carton is presented with the word "OPEN" prominently showing, the recipient can inspect the contents immediately to confirm if a theft claim is needed, prior to accepting the shipment.

Like conventional security labels, these seals have a tamper evident construction; if the PilferGuard™ is removed, it will leave the message "OPENED TAMPERED" in the seal and on the carton. 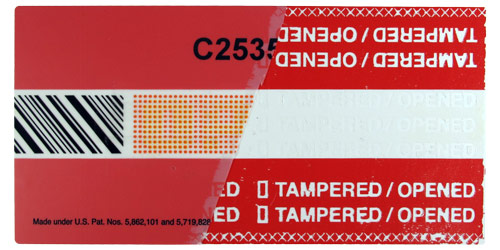 Also, each label has a unique serial number for added security, which can be recorded on the packing list or bill of lading

Our stock PilferGuard™ seals are available for immediate shipment — order by 2pm and your order ships the same day. 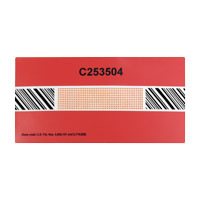 For added security, add your custom text or logo in black ink to any of our stock PilferGuard™ seals: 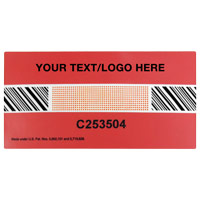 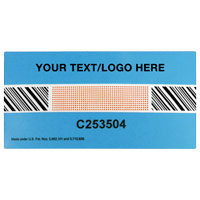 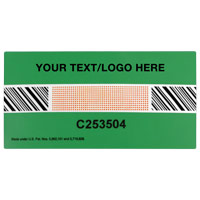 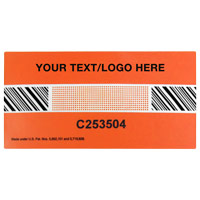 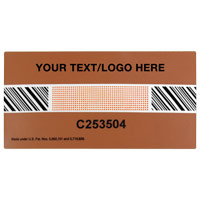 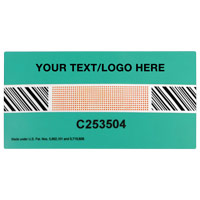 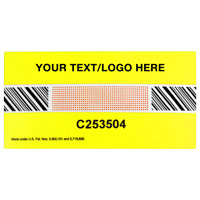 Pricing for above 'typical' order:

Can't Find What You're Looking For? Try our Application Search
For Questions and Ordering Information, Please Contact: